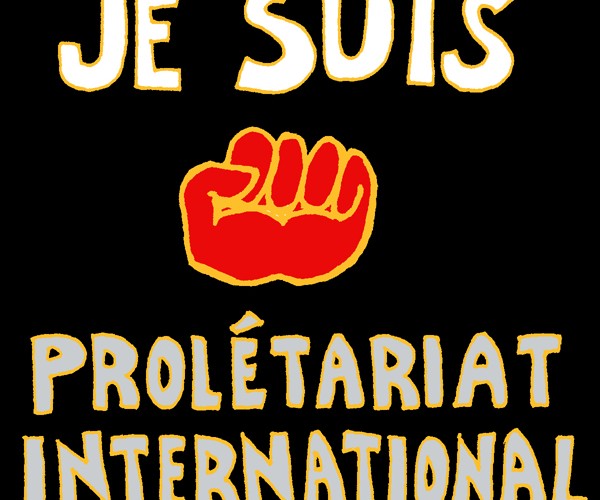 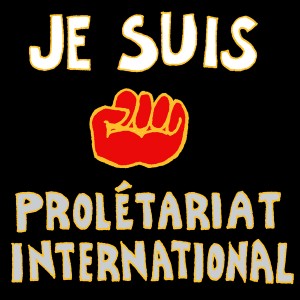 Why are my friends photos hidden behind a French flag today? Because people are outraged and rightly so. They are also well-intentioned and lack the presence of a progressive and revolutionary alternative to transform those good intentions into concrete steps towards building an alternative. What happened in Paris was a brutal attack. But let us not be fooled, massacres and terrorism happen on a daily basis all over this world, fueled by feudalism, capitalism and imperialism the world over.

We live in troubling times when capitalism/imperialism is driving this planet to its first ever great extinction led by an animal which calls this planet home. But it is not the whole species of this animal responsible, but certain classes. The environment is being devastated. The working class is sweating daily, under the brutal exploitation of the capitalist class. From the sweatshops in Haiti, China, Dominican Republic, Bangladesh, etc, to the favelas of Brazil, from the projects in East New York, to the slums in New Orleans, from the caserios in Puerto Rico, to occupied Gaza, from the industrial parks in Poland, to the prisons of North Korea, terrorism is our daily visitor.

But why? Why are atrocities committed daily? Why is a species capable of beautiful acts of kindness constantly engaging in brutal acts of destruction? Today we live in a world where the dominant mode of production is based on constant growth, market expansion, resource extraction, and fundamentally, working class exploitation. In the social formations (countries) around the world where feudalism still exists, dominated by a deformed capitalism which is itself dominated by imperialism, class antagonisms exist. In imperialist social formations, class antagonisms exist. When we put up a flag, we show support for the dominant classes in these social formations.

The Parisian terrorist victims have the same enemy today they had yesterday. With all the complex reasons and dynamic realities which leads to extreme acts of terrorism, the main reason is the international mode of production which consistently pushes for the accumulation of capital at any and all costs. The solution to all these horrific atrocities is not in waving a French flag, the flag of the exploiters and dominators like all country flags. The solution is organizing autonomous working class organizations in France, in the US, all over the world against the capitalist (and remaining feudal) classes all over the world.

The only viable alternative to this monster of capitalism/Imperialism with all its vicious tentacles (worker exploitation, Isis, CIA, drones, ecological destruction, etc) is a working class alternative. Only the class antagonistic to the enemy of humanity and the planet can lead a mass movement towards the overthrow of this international iron fist of capital. The brutal yoke of capitalism/imperialism holding the world hostage is not the only option we have.

The multiple crises we face in the world today can yet be overturned. The hopes of the future are in the hands of the international proletarian revolution, which can only come from an organized combative mass movement. This can lead the world to a new era where power is not in the hands of the few and the extremists, but in the hands of the workers and the masses, where the environment isn’t destroyed for the wealth of a few, but production is based on the needs of the species. The only flag worth waving is the flag of the cause of the proletariat, the gravedigger of capitalism!

Towards a revolutionary proletarian alternative!

We must denounce all acts of terrorism against the workers and popular masses!

We must organize and construct our own future!