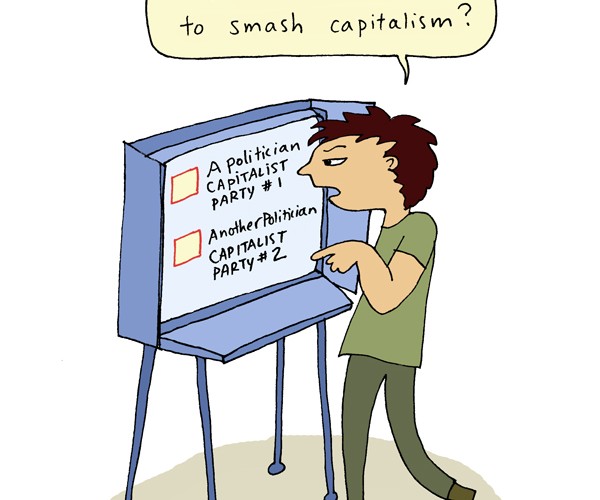 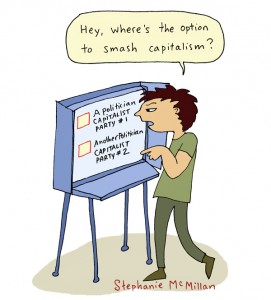 Like many lesser evils before him, Sanders, if elected, will serve capital.

Do we anti-imperialist or proletarian revolutionaries need to hop onto the Sanders bandwagon so we don’t let another reformist opportunity pass us by? No need to “remain pure” goes the argument, whatever that means—just join the carnival of reformism until the next election and wait for our next false prophet to come. And then the question of building our movement remains a satire, an empty bubble.

Historically, no struggle starts with an organized majority, although an unorganized majority is interested. How can we build a movement if the organized minority so easily gives in? In fact, there would have not been a Civil Rights Movement if a dedicated minority had not had the willpower to take the bull by the horns and offer their own alternative to the masses.

Anyone who thinks we need to capitulate to Bernie to build our movement is either naively lying to themselves, or are professional demagogues.

YES, it will take a minority of dedicated progressives and revolutionaries to coordinate their struggle and offer a new alternative to the popular masses and construct political unity with the masses in order to advance in our struggle. Joining the Sanders bandwagon is unconsciously marching in our own funerals, like zombies.

We need to transition from a minority position to a majority position. Our autonomous militancy, the class interest of the proletariat, is our guideline to win the masses. And our principle is DEMARCATE TO UNITE.